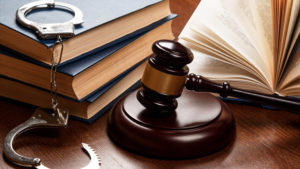 In New Jersey, if you are 17 years of age or under, and charged with a crime, you will likely be charged as a juvenile.  Juvenile offenses, however, can still carry pretty hefty fines and penalties.  Some of the most common types of juvenile offenses are drug-related, theft, disorderly conduct, or alcohol-related offenses.

If I Committed an Offense as a Juvenile Will it Follow me Into Adulthood?

There is an incorrect assumption that if you are charged with an offense as a juvenile it will be automatically removed once you reach adulthood, or 18 years of age.  New Jersey allows you to have your juvenile record expunged under certain circumstances and once you reach a certain age.  When a juvenile’s record is expunged it is usually destroyed.  The state allows for expungement under the premise that the juvenile offender can move into adulthood with a clean slate.

Who is Eligible to Have Their Record Expunged?

New Jersey defines the certain crimes that can be expunged.  They include the following:

Are There Eligibility Requirements for Expungement?

Someone charged with a crime as a juvenile may be able to have their record expunged if they meet certain criteria, which include:

If you are the parent of a child who has been charged with a juvenile crime and would like more information about getting an expungement, contact an experienced criminal defense attorney in New Jersey.
If you are in need of experienced legal counsel in New Jersey, please contact The Law Office of Andrew S. Maze to schedule a consultation regarding any of your criminal and personal injury matters.