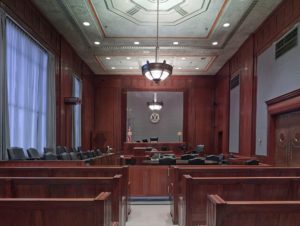 As a result of the spread of the Coronavirus, the country has seen many major changes that impact people’s personal and professional lives. This can be seen with many court closures, including in New Jersey. The state decided to close all courts in an effort to slow down the spread of the disease and limit people’s exposure. The announcement stated that, as of March 18, there will be no Superior Court proceedings. This will last indefinitely. During this time, there can be many people who are impacted by these closures. It is because of this that it is important to be aware of how to proceed.

How Do Court Closures Impact My Case?

The New Jersey court system is suspended until further notice due to the spread of the Coronavirus disease. During this time, the only exceptions are ongoing trials and limited emergencies. The announcement came after the deferment of civil commitment hearings as and the suspension of grand juries in state courts. Municipal courts will also be suspended until March 27. All people who are scheduled to appear in municipal court within this time should not appear in court and wait to receive a new court date.

In addition to this, United States Chief District Judge Freda L. Wolfson adjourned civil and criminal trials and jury selections that were scheduled to start in New Jersey’s federal courts before April 30. The trials will be rescheduled later on when the courts are able to open. Wilson also stated that individual judicial officers can keep holding hearings, conferences, sentencings, change of plea hearings, and bench trials. However, she encourages all to do so via telephone or videoconferencing so that they avoid spreading the disease.