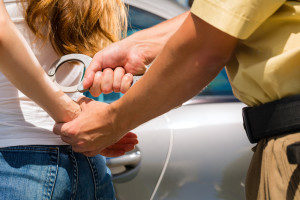 New expungement laws in New Jersey went into effect October 1. These laws were announced by Governor Chris Christie in June 2017. The new laws ban employers from discriminating against potential employees for having an expunged criminal record. It also accelerates some expungements, increases the number of convictions that can be expunged and reduces the waiting period to expunge an entire record for juveniles. In one bill, it strengthens bans the box legislation to include language in the original bill for people who had their records expunged. Another bill cuts the waiting period to expunge for an entire juvenile from five years down to three years. With another bill in effect, it allows an individual to expunge up to four offenses instead of three or even multiple offenses that occurred within a short period of time if the petitioner has not been convicted of any prior or subsequent offense. The bill also reduces the waiting period for expungement eligibility from 10 years to six years. This follows the lastest of any conviction, payment of fine and completion of probation, parole or prison sentence that was made. If fines and restitution are paid in satisfaction and were the only remaining barrier, the eligibility period for expungement can be further reduced for the petitioner. The court may find this in the public’s interest. There is also the new effect of aligning the expungement and sentencing statutes that allow expungement for possession of marijuana with the intent to sell up to one ounce.

Why is expungement beneficial?

With expungement laws being accessible, it allows individuals to start fresh. They may be able to erase offenses that they were charged. This can give them the ability to apply to certain things, such as a job, and not have to check a box that lists them as being convicted of a crime. For juveniles, this can be especially beneficial. Juvenile crimes are committed when individuals are at a young age. When these minors are charged with these crimes, they are not fully matured. They are going to make mistakes. With expungement of these offenses, it can give them a future free from these strings being attached to their reputation and identity.
Our firm understands how serious criminal and personal injury cases are. We are prepared to guide you towards a favorable outcome. If you are in need of experienced legal counsel in New Jersey, please contact The Law Office of Andrew S. Maze today for any criminal and personal injury matters.