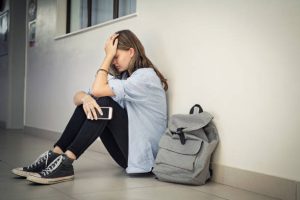 A juvenile offense can include any crime that an adult may commit, but the violator is under the age of 18. Because of their age, they are tried under juvenile law. The juvenile justice system works under the premise that children should be treated differently than adults. Usually, the system will be more flexible in the case of a child. The goal is to reintegrate them into society as potentially productive members.

The good news is, according to the US Department of Justice, juvenile crimes have declined since 2010. By 2019, juvenile arrest rates for larceny-theft, burglary, and arson were at their lowest levels since at least 1980.

The bad news is that if your child is arrested or detained, parents have to consider the range of punishments that depend on the severity of the crime and, even worse, being tried as an adult. Contacting an experienced juvenile crime attorney, like The Law Office of Andrew Maze, may be the best strategy for a favorable outcome.

There are many factors contributing to juvenile crime. These include:

Many experts believe that children should be treated as children and not incarcerated in adult prisons. The goal is to hold them accountable for their actions, rehabilitate them, and prevent them from future delinquency. Studies consistently find that treating juvenile offenders as adults is inappropriate, harmful to their development, and ineffective as a deterrent (Peerman, Daugherty, Hoornstra, & Beydler, 2014; Redding, 2010).  Adolescents have underdeveloped maturity and do not act appropriately in specific situations. In many cases, they tend to act impulsively, and are more susceptible to peer influence. A justice system that prosecutes juveniles as adults is often found to be ineffective and harmful. Child offenders need positive and appropriate redirection. For juveniles, multisystemic therapy is a better solution. Programs that are family and community-based treatment programs for adolescents help reduce delinquency. Such programs involve bullying prevention, civil engagement,  afterschool programs, health programs, dating violence prevention, and employment opportunities.

In New Jersey, a child must have representation. The court will assign a public defender if the family can not afford one. The parent or guardian is notified of the proceedings and other relevant information.