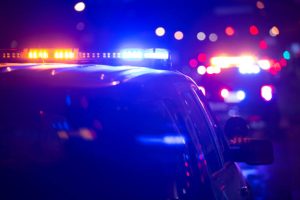 In today’s digital environment, along with movies and television, the general public is influenced by myths, misinformation, and sometimes, downright lies. Unfortunately, this includes many common myths about the law, which can be detrimental to you and your family’s well-being. It is rumored, for example,  there are “tricks” to “beating” a breathalyzer, such as eating peanut butter beforehand (not true). Debunking legal myths like these will help you make informed decisions about your life and business.

Although driving drunk is a serious offense, there are plenty of ridiculous, and sometimes, funny stories. For example, an Ohio man motorized a barstool, drove it to a bar, drank, and tried to drive home. He thought that driving a barstool wouldn’t get him in trouble. When he inevitably crashed, police arrested him for having a high blood alcohol count.

Believing these myths about criminal offenses can cloud your judgment and result in more serious penalties (remember it’s best to not say anything). As a resuly, offenses such as DUIs, drug crimes, and theft can change your life quickly. An arrest can lead to severe financial fines, the possibility of jail time, and a potential criminal record. A consultation with an attorney such as Andrew Maze, can guide you through the justice system,  provide you with the correct information, debunking legal myths, and help you make an informed decision.

When you purchase something, you expect that the product is safe to use or eat. But, sometimes, defective products slip by quality control and into the hands of consumers. Lithium-ion batteries, for example, have been recorded to seriously injure or cause death when they have spontaneously burst into flames. Because…

What would we do without our cell phones? These days, almost everyone uses a cell phone for just about everything, from getting driving directions to searching for what to cook for dinner tonight. It's no wonder we always have one in our hands, even when driving!  Unfortunately, the ability to…

Having a baby is one of the most exciting events, especially if the impending birth is the first in a family. After nine months of pregnancy, a mother-to-be is happy to welcome a healthy infant into the world. But sometimes, the delivery doesn’t go as smoothly as anticipated. Birth injuries…