Texting and Driving in NJ 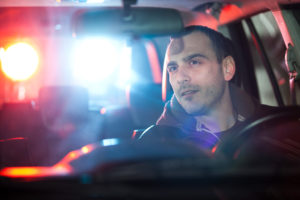 Since the popularity of cellphones has taken off, the amount of people who use them behind the wheel has drastically increased. Studies show that texting and driving is even more dangerous than driving under the influence of alcohol. New Jersey is working to crack down on illegal mobile device use in order to keep the roads safe. However, New Jersey drivers are permitted to use their cell phone in a “hands-free” manner, such as through Bluetooth or features on newer vehicles, including Apple CarPlay or Android Auto.
There are a number of fines and fees associated with texting and driving. Those who are issued a first violation will be subject to a fine between $200 and $400. If a driver is caught illegally using a hand-held mobile device behind the wheel for a second time, they face an increased fine that falls between $400 and $600. Finally, third and subsequent offenders will be subject to a fine of anywhere from $600 to $800. It is important to know that if you have a third or subsequent texting and driving offense conviction, you will have three points added to your driver’s license. When you have points added to your license, it will result in increased monthly insurance premiums. In addition, if you have too many points on your license, it may even result in a license suspension. Third or subsequent texting and driving offenses may result in the suspension of your license for an additional 90 days.
It is important that drivers abide by the texting and driving laws of New Jersey for the safety of themselves and the others around them. If you have been issued a traffic ticket for texting behind the wheel, contact an experienced attorney.

In today’s digital environment, along with movies and television, the general public is influenced by myths, misinformation, and sometimes, downright lies. Unfortunately, this includes many common myths about the law, which can be detrimental to you and your family's well-being. It is rumored, for example,  there are “tricks” to “beating”…

A juvenile offense can include any crime that an adult may commit, but the violator is under the age of 18. Because of their age, they are tried under juvenile law. The juvenile justice system works under the premise that children should be treated differently than adults. Usually, the system…

Wikipedia defines wrongful death as “a claim against a person who can be held liable for a death.” This claim is brought in a civil action, usually by close relatives, as enumerated by statute.  The death of a loved one is a difficult time, especially if it's the result of…