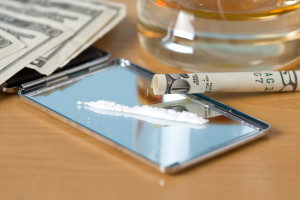 Drug charges in New Jersey are quite complicated. A lot of factors go into determining what you’re going to be charged with or what defenses we may be able to avail you of, for example, how you were stopped, where you were stopped, what substance you have, how much substance you have, and whether the police conducted a valid search. These are all important factors. When charged with a drug offense, the first thing you should do is contact my law office for consultation so we can sit down and establish the facts of your case and begin defending you vigorously.
Some drugs have more serious penalties attached to them than other drugs do. For example, the possession of 50 grams of marijuana in New Jersey is not considered a crime, is considered a disorderly person and you would receive six months in jail. In New Jersey, there are also drug courts that bring people who are charged with drug convictions into a drug treatment program. When a person is a part of the drug court program, they undergo frequent drug testing and court appearances. The purpose of this program is to limit the number of re-offenders that get arrested for drug charges and hopefully stop using drugs altogether as a result of the rehabilitation program. Since April 2002, there have been over 4,300 graduates of the program.
If you are in need of experienced legal counsel in New Jersey, please contact The Law Office of Andrew S. Maze for any criminal and personal injury matters.

What to Know About Product Liability Claims in New Jersey

If you have been injured by a defective product, it is important that you retain the services of an experienced personal injury attorney who will assist you in filing a product liability claim. To learn more, continue reading. Who is responsible if I am injured due to a defective product?…

Read More
Charged With a DUI this Labor Day in New Jersey? What to Know

Labor Day, like many summer holidays, marks a heightened risk for drunk driving incidents on the roads of New Jersey. If you have been charged with a DUI over the long weekend, it is important that you reach out to an experienced criminal defense attorney to retain their services and…

This Labor Day, it is important to remember the safety precautions that must be taken to enjoy time by the pool. Continue reading to learn the top safety tips to consider over the long weekend. It can be easy to forget the safety risks that come with swimming in a…