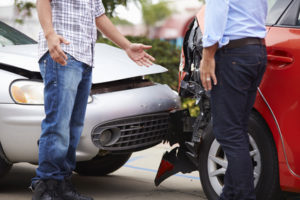 In the state of New Jersey, car insurance policies offer a “no-fault” coverage. This is called Personal Injury Protection (PIP). This protection covers any immediate medical expenses and wages that are lost by people involved in automobile accidents. New Jersey offers a $15,000 insurance minimum and a $250,000 maximum in PIP benefits. On March 26, 2019, the New Jersey Supreme Court ruled that motorists who choose the $15,000 insurance minimum are not able to recover any medical expenses that exceed this amount.

This new ruling means that individuals involved in an automobile accident are not able to bring a claim for any medical bills they may have as a result of the incident that exceeds their coverage. This means that if an individual maintains the $15,000 PIP policy, they may be responsible for any expenses that surpass this amount, even if they are not at fault.

The Supreme Court’s ruling came after two automobile injury cases within the last decade. The first case was filed by an individual struck by another car while driving his father’s vehicle. They had no health insurance and claimed that creditors were pursuing him for unpaid medical bills that exceeded his father’s $15,000 PIP plan. The second case was filed by an individual who was rear-ended in an accident, accruing medical bills that also exceeded their $15,000 coverage.

Both these cases were denied by trial courts, causing the individuals to appeal the decision. Following this ruling, the Appellate Division reversed the decision. This was done on the grounds that receiving medical expenses that exceed an individual’s PIP limits, but not more than the PIP ceiling cost, is not barred by the statute regarding PIP coverage. This argument would allow for the admission of medical expenses between the insured’s policy limit and the $250,000 ceiling.

The vote was not unanimous for the ruling. Justices of the New Jersey Supreme Court were split on the decision. Justice Jaynee LaVecchia of the New Jersey Supreme Court noted that this interpretation of the Appellate Division would “transgress the overall legislative design of the No-Fault Law to reduce court congestion, lower the cost of automobile insurance, and most importantly, avoid fault-based suits in a no-fault system.” Justice Barry Albin was against the vote. In his dissenting opinion, Albin said the impact of the ruling would be “devastating” and “catastrophic” for low-income victims of automobile accidents who are unable to afford higher insurance coverage.

Overall, the final vote in the New Jersey Supreme Court was a 3-2 decision in favor of the ruling.