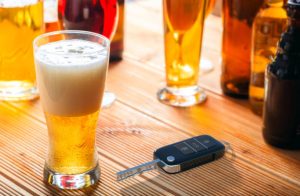 Summer is in full swing and people are enjoying themselves -frequenting restaurants, bars, parks, barbecues, and other social events. As such, drunk driving and speeding usually increases in the summertime, resulting in a high number of driving accidents.

The U.S. Centers for Disease Control and Prevention (CDC) reports that 29 people die in car accidents involving drunk drivers every day. A study of alcohol-related driving fatalities, conducted by the National Highway Traffic Safety Administration (NHTSA), shows that the number of incidents in the summer doubled compared to the rest of the months combined. The NHTSA also reports that 31 percent of all fatal drunk driving crashes occur on Saturdays from midnight to 3:00 a.m.

Younger drivers are at an even higher risk for drunk driving accidents since they have less driving experience, poor judgment, and may not be familiar with the effects that large quantities of alcohol produce. The NHTSA found that males are more likely to be driving under the influence and/or speeding. Those under the legal drinking age can face more serious consequences.

Summer holidays such as July 4th are associated with drinking. In fact, July 4th is the most hazardous driving day of the year according to the NHTSA. On average, about 35 percent of fatal car accidents involve alcohol-impaired drivers. On Independence Day, 47 percent of deaths involve people with a blood alcohol content (BAC) of at least 0.08 percent.

Sometimes it’s not always easy to recognize when you or somebody shouldn’t drive. Some may feel it’s alright to drive even if they are “a little buzzed.” Motorists who are speeding, driving too slowly, wandering into other lanes, ignoring traffic signs, are definite signs that they shouldn’t be driving. Even if they are not “under the influence”, these driving behaviors can be very hazardous. The best way to handle dangerous drivers is to stay as far away from them as possible. When drinking is part of the summertime festivities, it’s always best to have a designated driver or plan to take paid transportation.

In a drunk driving accident, the motorist will be arrested and be jailed and eventually be released on bail. A trial date is set, and the drunk driver is given one of the following punishments:

⦁ The license of the DUI driver is suspended for a period of time.
⦁ He or she must take rehabilitation or drug awareness classes.
⦁ A breathalyzer device is installed in cars, to ensure that they do not start without testing the driver’s sobriety first.

First-time offenders may have lighter punishments, however, if the drunk driver injures or kills another person, then the punishment may be a great deal of jail time and can include fines. More than one offense carries even harsher penalties and can affect your livelihood.

An offending motorist can be charged with criminal negligence or involuntary vehicular manslaughter, depending upon the severity of the injuries caused to the other people and the number of offenses. He or she may also be sued by the injured people or their families for medical bills and emotional damages.

The recommended jail time for each case is determined by a jury of the driver’s peers, and also may vary from state to state.

If you may have been convicted with a DUI charge, consult with a DUI Attorney like Andrew S. Maze to receive a free case review. An attorney is certainly needed to fight the charges and speaking to an attorney is a step in the right direction. A lawyer will evaluate your case, explore every available legal defense, and fight for your future.